Main page
About us
The Alexandre Vassiliev Foundation

According to the well-known collector and fashion historian, Alexandre Vassiliev, it was in his childhood that he had first discovered his passion for collecting. 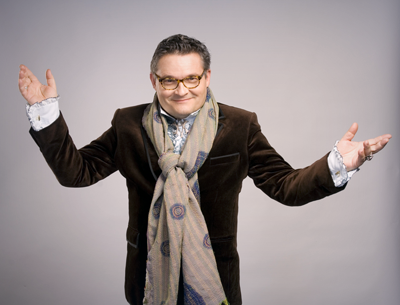 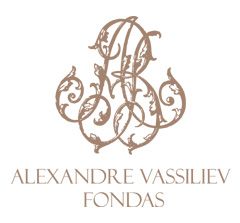 According to the well-known collector and fashion historian, Alexandre Vassiliev, it was in his childhood that he had first discovered his passion for collecting. When Alexandre was just an eight-year old boy, he was walking around Moscow and had found a discarded 18th century icon depicting St. Nicholas, in the courtyard of an old house. The icon was being used as a drying rack for a wet floor cloth. Alexandre had decided to take the icon. He had never thought at that time, that years later, his private collection of old items and clothes from the 18–21th centuries would be recognized as one of the most significant collections in the world. He also would never have guessed that his collection would become so large that a special foundation would have to be created in order to ensure its maintenance, preservation, restoration, research, and exhibiting.

“You Cannot Become a Collector, You Can Be Born One...”

– This is what Alexandre Vassiliev strongly believes. He believes that he inherited his interest in history, fashion, theater, museums and art from his parents. His father was a well-known scenic artist, while his mother was an actress. Young Sasha was taken to his first exhibition at the age of five, and from that day forward, he would anticipate holiday visits to a museum. Other places that Alexandre considered special as a young boy were his father’s studio on the Frunze Embankment in Moscow, and his mother’s dressing room in the Central Children’s Theatre. The fashion historian recalls being immensely intrigued by the theatrical costumes and he would observe them with great curiosity. 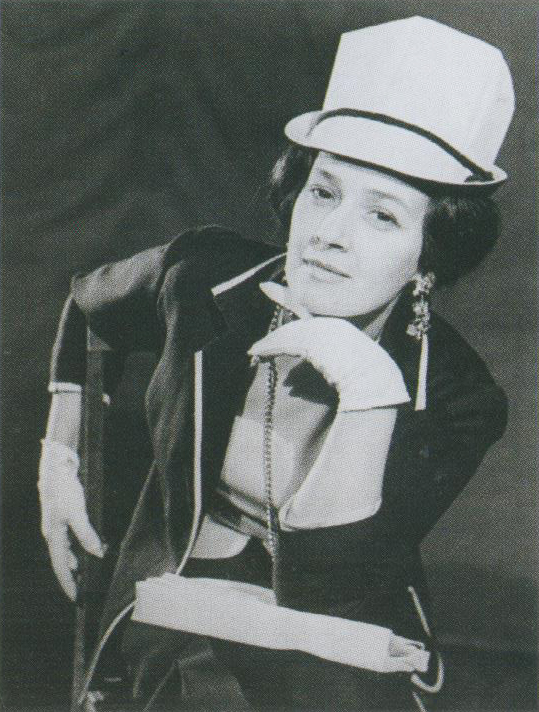 It wasn’t long until Alexandre had discovered other valuable and interesting items, that were added to his first discovery – the old icon. Previous owners’ descendants discarded them to make room for new Soviet styled furniture, clothing, and accessories. In the 60s, the old Moscow was changing rapidly. “The inhabitants of mansions and apartment buildings were evicted, and people were moved from multi-family communal apartments into small ones in Khruschev-era houses. They threw ‘the remnants of former luxury’ into scrap-yards instead of depositing them to antiquarians,” recalls the fashion historian. The reason for this was that there were only three antique shops in all of Moscow at the time, and none of them accepted textiles, clothes, or accessories.
Alexandre’s parents supported his hobby, and for his sixteenth birthday, his father gave him a large sum of money to replenish his collection: “I bought the first dress of my future collection for just 10 rubles,” recalls Alexandre Vassiliev. “It was made of purple faille. Back in 1886, it was part of the dowry of a merchant’s wife from Kaluga.” That dress was soon followed by items such as old theatrical costumes, and items donated by Alexandre’s parents’ friends, acquaintances, and relatives. It was such a unique collection that even the Soviet press was interested in Alexandre’s collection of Russian fashion. 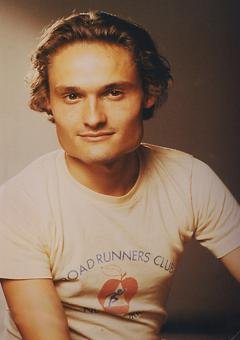 Alexandre Vassiliev in his youth.

It wasn’t long before Alexandre’s life changed dramatically: “In 1982, I emigrated to France, where I had to start creating the collection almost entirely from scratch. Fortunately, the wonderful flea markets and antique auctions in Paris opened before me. To be quite frank, most of the old portraits, fans, parasols and handbags which became part of my collection came from the stalls of the Porte de Vanves flea market in Paris, which remains as my favourite shopping place to this day.” 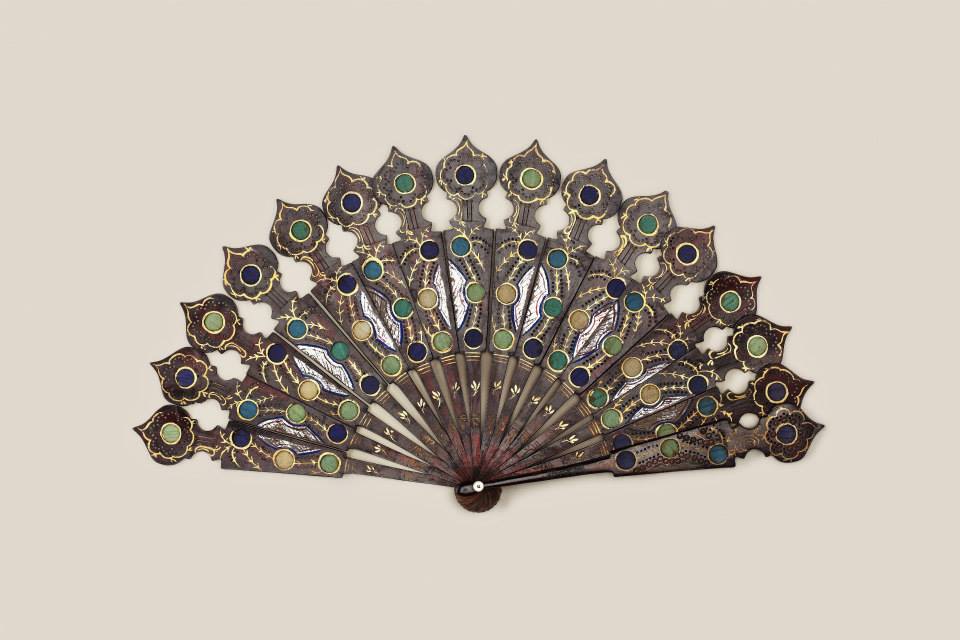 Since 1984, Alexandre Vassiliev began to teach the history of costume in the largest Parisian fashion school called ESMOD, where many of the students were the descendants of noble families. Not only did they help enlarge his collection, but they also organized his first exhibition in France.

Christophe Dubois Rubio who is the current Vice President of Foundation, was also one of Alexandre Vassiliev’ students at that time. He still remembers the strong impression that the course produced on him: “For us, Western Europeans, Vassiliev was an embodiment of some fantastic burlesque. He passed the history of fashion through the prism of his own life and experience. Alexandre travelled much, and we were captured by his stories, related in French with a slight foreign accent. Very soon he found a way to gain the students’ interest: the facts he presented to us were interwoven with rumors, the stories were full of intrigue and mystery, and nothing would make us give up such a fascinating subject.”

Having found himself on the other side of the “Iron Curtain,” Alexandre Vassiliev worked and travelled a lot, never failing to visit antique shops, flea markets, and auctions. The fees he received for setting stages for opera and ballet productions were spent on purchasing more items for his collection.
He was particularly interested in the fashion of the first emigre wave: “Having written in 1985 about my desire to collect clothes of Russian fashion houses created by expatriates in Paris, I began to receive letters and phone calls. This resulted in a new addition to the collection.” One of the most valuable acquisitions was the unique wardrobe of Tatiana Samson-Nalbandov (1885–1971), a Russian millionaire who came to Paris from Moscow in 1913 and died in France, having kept all of the precious luggage intact. These masterpieces of Russian taste were carefully preserved in Alexandre Vassiliev’s collection and were displayed in exhibitions in many countries. 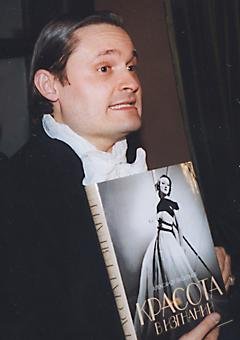 Alexandre Vassiliev and russian edition of his book “Beauty in Exile”.

While travelling, Alexandre met many Russian women who were emigres of the first wave, refugees from Soviet Russia: dancers, actresses, designers, and embroiderers. They provided him with material for his book “Beauty in Exile,” which became a bestseller, and was reprinted several times, creating a reason for Vassiliev return to his homeland after 25 years in the West.

It is not by chance that the Alexandre Vassiliev Foundation is located in Vilnius. The geographical allocations of property in his possession is diverse, but it is with the house in Vilnius that his family has always historically connected with. His mother’s Polish-Belarusian family was found in the registers of the Grand Duchy of Lithuania from 1560s, and the Vilnius house was built in 1912 by Alexandre Vassiliev’s grandfather, Ilya Gerasimovich Gulevich, and his elder brother. 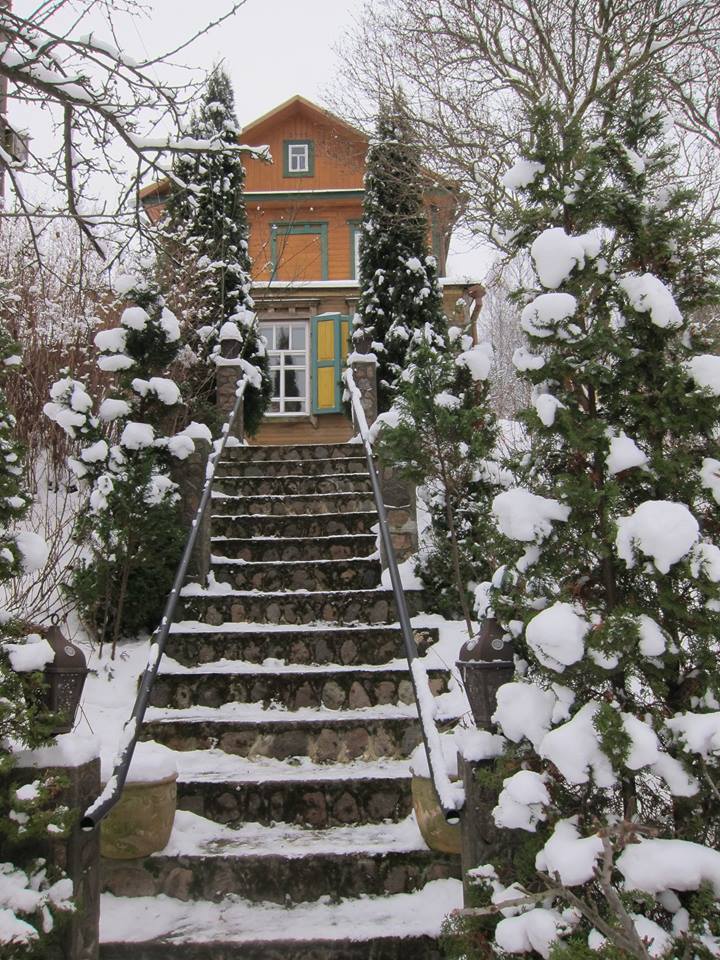 The history of this building is also a dramatic illustration of the sharp turns of the 20th century. Alexandre first stayed in this house, where his grandmother lived at that time, when he was just a one year old. In the sixties, the house still retained old-time traditions: for example, every evening the whole family gathered for dinner around a table, which was served in accordance with all of the rules of decorum. After the death of his grandmother, the house became an auto-repair shop with communal apartments. After Lithuania regained its independence, the Gulevichs were reinstated in their possessions, although the house was brought to a poor condition. Alexandre however was not going to give up, so he set up to restore the old house, and soon the building was transformed beyond recognition. The current building carefully recreates the atmosphere of a pre-revolutionary family nest. 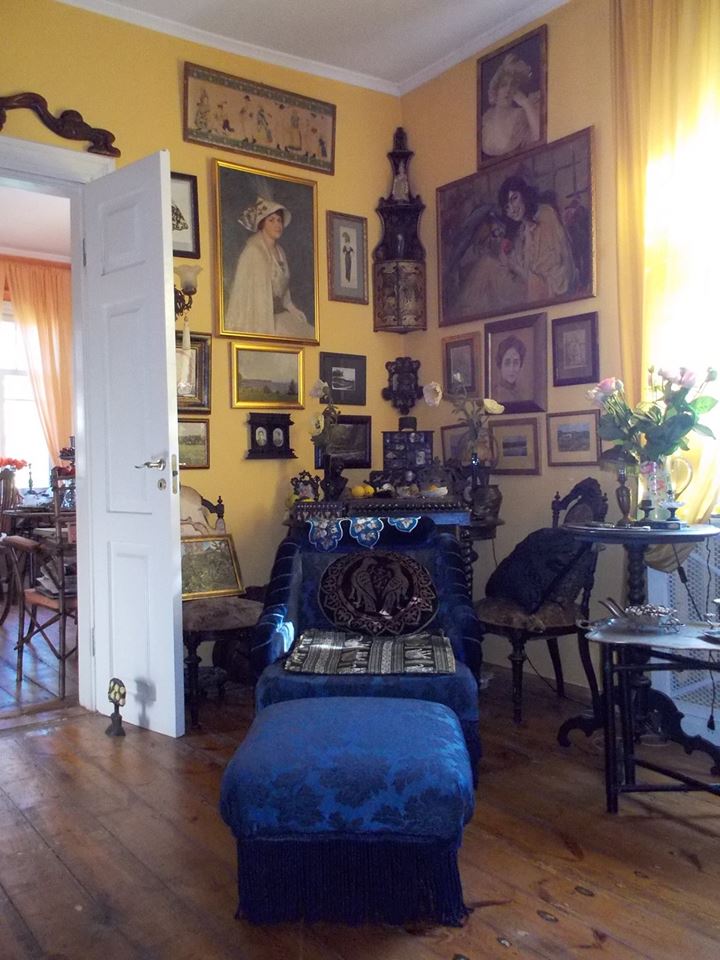 Interior view of the house.

Working Behind the Scenes

The larger part of Alexandre Vassiliev’s extensive collection comprised of more than fifty-five thousand items is stored in Lithuania. A viewer who is accustomed to admiring costumes which are beautifully exhibited in museums could hardly imagine the amount of work and time that it takes to preserve, restore, and transport all of this wealth. To cope with these tasks, at the end of 2013, the Alexandre Vassiliev Foundation was established: its employees take day to day care of the “well-being” of the collection.

“The main problem that I faced was storage space. It is impossible to store old clothes in a small attic. Textiles are afraid of direct light, moths, and moisture, and there is no way to create museum storage conditions in an apartment,” says Alexandre Vassiliev. One should always wear white gloves when touching old clothes because fabrics are very fragile and require extremely careful handling.

There is plenty of work that is done on a regular basis: some items have to be carefully packed to be moved to the next exhibition, to be unpacked, examined and put into storage afterwards. If needed, they are then taken to restoration workshops that specialize in restoring unique items. In addition, the collection is not something that is final or complete – it is continuously replenished by new finds, trophies, and gifts. Among them there are items that Alexandre Vassiliev hunted for for months, but there are also other ones that were bought at online auctions within a few minutes. Some of them cost large sums of money, others were donated by celebrities or their heirs.

A Mirror of the Epoch

Alexandre Vassiliev's collection presents exquisite clothes of old aristocratic families and the products of the first haute couture houses, clothes of celebrities and clothes dating back to the times of political turmoils and wars, a diverse set of fashion items of the 20th century and costumes of the legendary Ballets Russe. The collection contains lots of accessories, as well as fashion magazines and photographs, portraits and miniatures depicting clothes, hairstyles and details about everyday life in different time periods. 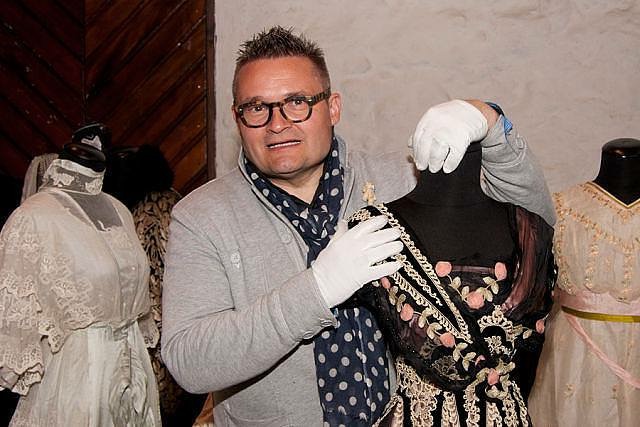 In addition to work done to preserve the collection and organize exhibitions, the Alexandre Vassiliev Foundation is engaged in the popularization of the history of fashion in Eastern and Central European countries. Fashion is not just a pretty whim and, as wittily remarked by Louis XIV, it is “a mirror of the epoch.” Indeed, if you look carefully, you will discern a reflection of tastes, aesthetic ideas, everyday habits, delusions, and passions in fashion – in short, everything that made up the thin fabric of culture of the bygone periods. Preserving this beauty of the past, which has so much to tell us today, is what the Alexandre Vassiliev Foundation is about.